The land of seven sisters

Assam spans the fertile plains of the mighty Brahmaputra. You can choose to spy on rhinos while riding a trained elephant in Kaziranga or cruise down the river in luxury boats in search of elusive river dolphin, or even explore the world’s largest river island of Majuli. Assamese women take great pride in their weaving. Sulkuchi a village near Guwahati is famous for its silks. Assam produces 400 million kegs of Tea per year. With Acres of Lush greenery, a derive through Tea estates is an unmatched experience.

Bihu marks the beginning of the agricultural seasons and in some of its most popular festivals, Baishagu(Mid-June) is the most important festival of the kamakhya Temple. the less spicy but strong flavored meal begins with a Khar and ends with t Tenga, a sour dish.

The land of the rising sun, Arunachal is predominately tribal. There is a strong Buddhist presence with splendid relics of Buddhist art and architecture. In winter, the higher reaches are inaccessible duet heavy snowfall. Almost 80% of the estate is covered in a canopy if impenetrable tropical deciduous forests. And remarkable, many new species of plants and animals are discovered every year.

Arunachal has some unique festivals; Losar(Janfib) celebrates the Tibetan New Year. Torgy Festival is a three-day affair and signifies the destruction of evil spirits. The Saka Dawa Festival marks Buddha’s transition to nirvana and is celebrated in the fourth of the lunar calendar. Apart from other traditional delicates. Among a local drink made dro rice of millet is very popular.

Most tourists visit the areas around Itanagar that are famous for Buddhist monasteries. The daying Wildlife Sanctuary is also worth a visit. The namdapha Wildlife Sanctuary is accessible from Dibrugarh via its entry point Miao. Parashuram Kund is an important pilgrimage center. The rival hamlet of Fezu is just 20 km away. Other places of interest are bhalupong near Tezpur and Tawang and urgelling monasteries.

Their mountain ranges parkai, Barail and naga that rise from the Brahmaputra valley from the backbone of the state. Its people are as colorful as their woven attire. Weaving is a skill that has been handed down through generations and is one of their most renowned indigenous crafts.

various tribes have their own customs and song and dance are an intrinsic part of their existence. Most dances recount the tale of their brave ancestors.  The Rolling Monyu Festival of the Konyak tribune heralds spring. Tulani (July) is an important festival of the Sema tribe. The Hornbill festival is celebrated every year at Kohima form the 1st to 5th of Dec. the place is known for its exotic meats but simple and flavourful ingredients.

set in an oval valley amidst smoky blue hills in Manipur. large forest area sustains a diverse ecosystem. Some of the world’s rarest orchids are found here. its forest also shelters endangered mammals like the Sasngai(The elusive deer). Manipur is reputed for its woven fabrics. the state’s martial arts are renowned for their poetic fluidity.

known as the land of Radha and Krishna, Manipur has contributed significantly to India’s classical dance repertoire. Its recital based on the lyrical Ras Leela(that mimics the courtship of Radha and Krishna) is inspirational. The spring festival of Lai Harooba is the best place to see all the folk dances of the state. yaosang (Feb/March) is Manipur’s biggest festival and festivities continue for five days. The delicious dishes of Manipur include Kabok, a traditional cuisine. made of rice ina Tromba, a combination of fish, vegetables, and bamboo shoots.

Imphal is famous for its scenic beauty, the khwariamband bazaar or ima Market, Shri Govindji temple, Langhtabal’s old places, and temples, without lake, Kaina hills, tengnoupal, Moirang, Loktak lake, and Sendra island should not be missed. Rarest orchids can be seen in the khonghampat Orchidarium.

it is one of the most scenic states in the North East. with its rolling hills covered with exotic blooms, sparkling lake, and valleys that magically vanish only to reappear out of the mist, it is unusually unchanging! Aizwal, the Citadel like the capital city of Mizoram is the best place to start your exploration.

The mizos are considered the best Choir singers. At the end of February when winter starts receding, the Mizos prepare the land for sowing and the ‘Chapchaur Kut’ Festiva commemorates spring and the promise of a food harvest. One dance that is perennially popular is the Cheraw or bamboo dance where bamboo states are used as Proops, “khul lam” is a ceremonial dance that celebrates ‘new beginnings’ the ‘Mim kut and Pawl’ festival (Nov/Dec)celebrates the completion is the harvest season. Zu-a local tea-like drink is a worthy try.

Aizawl, explore the museum on Macdonal Hill for a deeper insight into Miozo culture and shop for traditional crafts. Phawngpui is Mizoram’s highest peak. The Dampa Sanctuary is the best place to see bison and wild elephants.

one of the prettiest hill stations of the North East, it is aptly called the ‘abode of clouds’. best known for its quaint hill station- Shillong. Meghalaya’s extensive forest cover harbors are best-preserved bio reserves. Cherrapunjee holds the world record for most rain. The state is mostly inhabited by Khasi, Jaintia, and Garo tribes.

The Nongkrem Dance festival (Nov) is one of the most important Khasi festivals. The jaintials petition the gods for a successful harvest during the festival of Beh Deinkhalm. The Wanglala Dance (Nov) is the harvest festival of the Garos. Dance and music are the main integral part of all festivities. Jadot- a pork delicacy- is an all-time favorite. Kyat, the local brew made from rice, adds color to all the festive occasions.

While in Shillong, visit ward’s lake Shillong peak, Sohpetbneng peak, various falls, the butterfly Museum, and the city’s many churches. Umami Lake, Mawphalng, Ranikor, Tura, and Nartiang are also worth a visit. there are many beautiful caves in Meghalaya to be seen.

Delicately beautiful with a Legacy of fine palaces! Hindu and Buddhist monuments, protected forest, and the plethora of cultural experiences that greet the first time visitor make it a sought after the continuation.

the Gomti river becomes the focal point of the uttaryan Sankranti, and thousand gather for a holy dip on its banks. the region celebrates some spectacular festivals. the Kharchi Festival (July) invokes the entire pantheon of Hindu Goddesses. Durg puja, oranges, and tourism festival (Nov) is the colorful festival of jampui Hills. Major food items among tripuris are cdhakhwi, Mwhwi, Muitru, awanddru, Bwtwi, and thokni.

In Agartala visit Jijanyanta place, Kamalsagar-16 century kali temple, and Dumboo-lake. In Udaipur the Neermahal water places. Bhubaneswar Temple and Tripura Sundari temple are worth visiting. Pilak is famous for its archaeological relics and the Buddhist site of Mahamuni.

Land of immense natural beauty – Sikkim is the only handsome brother among the seven pretty sisters. infused with ancient history and Buddhist mysticism its mountains are a trekker’ paradise and its mighty rivers provide some of the world’s wildest spots for white water rafting. Its trekking trails lead to hidden lakes and ancient monasteries. The drive up the Teesta gorge to Gangtok is simply spectacular. Just a short distance away is the ancient rumtek monastery.

The most intriguing dance form is Charms. Lumas wearing colorful masks drive away evil spirits. Losoong) Jan/Feb) is the Sikkimese new year. Saga dawn is the holiest of Buddhist festivals. Drukpa Tseshi (August) celebrates the preaching of the four Nobble Truths by the buddha. pang Lhabsol(Aug/Sept) commemorates its guardian deity, khangachendzonga. The staple diet is rice. Momos and Thupkas are popular. Tchang- a drink made of millet is served in bamboo mugs. 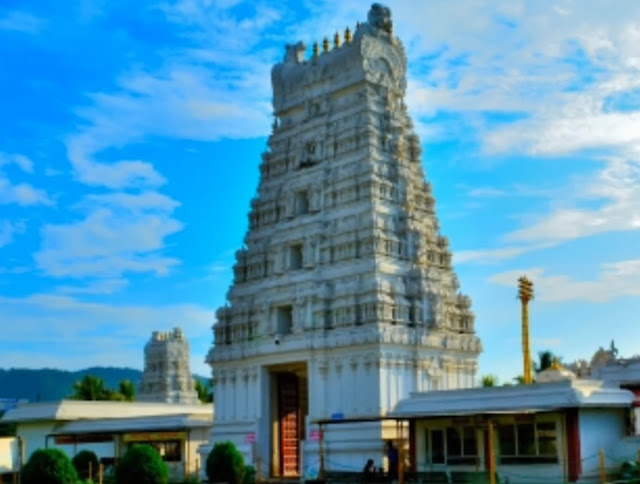 Dakshinkali- the Hindu goddess, Dakshinkali Temple is the oldest, bloodied one of the most famous and popular Hindu Pilgrimages dedicated to Goddess Kali, Scowling, and emaciated, protruding tongue and red

Introduction Places to visit in Nepal are never going to end. As you know that Nepal is a landlocked Country Located in South Asia in the Himalayas. It surrounded by